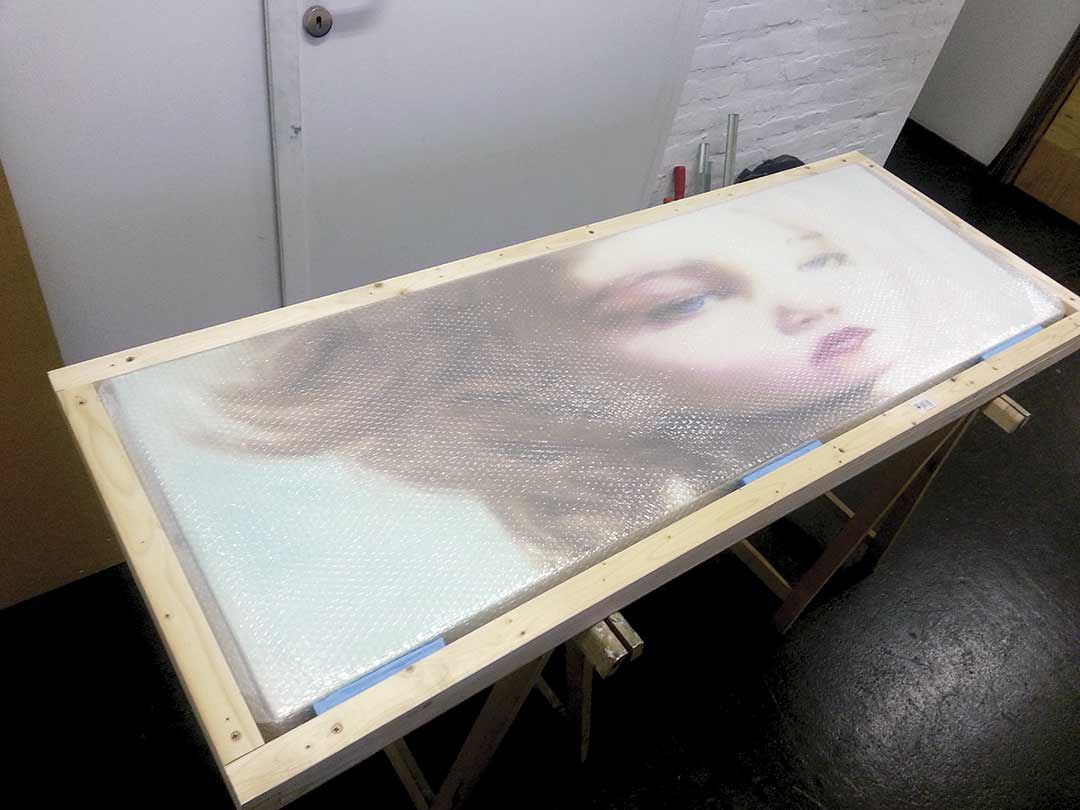 At the age of nearly five my daughter decided one day to take her best dress out of the wardrobe and put on some makeup. She was in the mood to make a star appearance in the kindergarten. She looked so cute and ladylike that I decided to take some photos when she returned. Nearly all of the many portrait paintings I have done of her since that day have been based on one of these snapshots.

To a certain extent it still surprises me that these portraits were such a big success right from the start. The very first painting of the series soon became part of the prominent Eileen Kaminsky Family Foundation collection in New York. It was by no means self-evident that so many collectors would want to look at a straightforward, unidealised portrait of a particular young girl on a daily basis – even if she has cute features.

One explanation may be that these paintings can be seen as embodying spirited youth and tender blossoming femininity, and not simply as portraits of the painter's daughter. Moreover I think that my close relationship to the subject, combined with my insight into her personality, contributes to a – to use the expression again – disarming and refreshing directness, which makes those paintings appealing.

In the Baroque era artists started to make portraits of their children for private use. Not only Rubens did it, but also Rembrandt painted his son Titus, just to name his most prominent contemporary. Others followed over the centuries; to cite a more recent example, Picasso used his children frequently as models. And yet I know of no artist who has painted as many different versions of the same child portrait as I have over the years. The series is an exploration of the countless possibilities residing in a single image and face.

Bella is the general description a beautiful girl in Italy.

Titian had already painted idealised figures, like the Girl in the Fur, today housed in Vienna's Kunsthistorisches Museum. With his Girl with a Pearl Earring Vermeer was following a tradition dating back to the Renaissance, and the era's great interest in capturing transpersonal beauty in art.

It makes no difference whether one puts my Bella series in line with Renaissance tradition or with the Dutch tronies, the intention is the same: to celebrate beauty itself by idealising and generalising the features of a beautiful person to achieve universal appeal.

Like my Perseus paintings, the Bella series started with an image found in the media. Nevertheless, I am not quite sure whether the nameless beauty would recognise herself, if she were to come across her idealised portraits.

What struck me first was her pose, the provocative gaze over the shoulder, combined with a somehow strange look in her eyes (not originally green, by the way). I play with the expression of her eyes: in Bella 9 the girl seems to look past her betrayer, in Bella 10 through him. I love to paint the same image over and over, exploring different ways of representation and expression in order to celebrate the countless possibilities which lie waiting to be discovered in one and the same image. And yet each painting of a series is a work that stands alone and speaks for itself, even if – at least for me – the great charm of a series lies in the chance to see how many faces can be discovered in one and the same face and image.

Bella 10 is the most recent image of this series, and it is the only one so far in which the face is reversed in the painting. I have the impression that it makes a big difference if Bella is looking over her left or right shoulder. In Bella 10 the pose seems more open to me, nearly aggressive, whereas Bella 9 appears to be more calm, classical and maybe more natural.

In the Bella series the paintings are covered with a layer of matted epoxy resin. This creates not only a very appealing and perfectly smooth surface, but blurs the hues to a certain extent, giving each painting a wonderful lustre. In developing this method I was inspired by the technical perfection achieved by some painters of the Renaissance and Baroque period. The surface is almost as smooth as a mirror, and the paint seems more like enamel than oil. 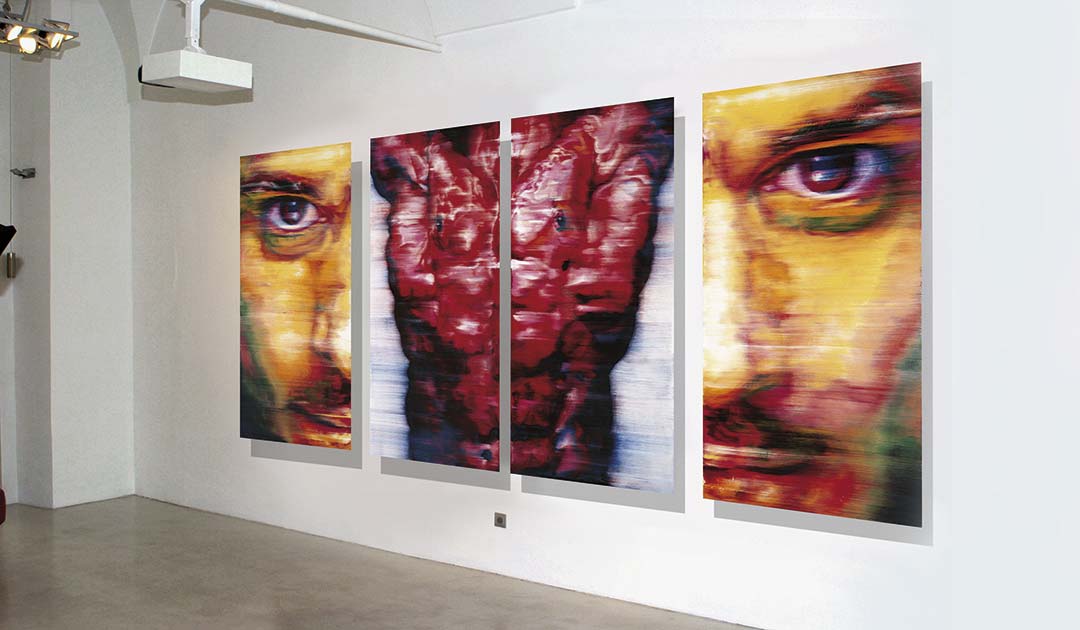